The City of Happymont is your typical small but growing city, and while the Happymont City Council tries to keep order and get business done, the Public, or at least those who participate in Public Comment, takes up the Council’s time with Conspiracy theories, rants, and musical numbers. The council tries to get rid of Public Comment but the Public won’t give it up without a fight. It all boils down to one man who has never spoken before giving the speech of his life and saving Public Comment. Taken from the website.

Emotional support pandas, group therapy in a porta-potty, and other anxious adventures await. Both hilarious and moving, this story follows a girl with OCD through the struggles and triumphs of treatment, the quirky shenanigans of growing up anxious, and comedic growing pains that accompany meaningful change. Taken from the website.

Robert
Insight
This brilliant show gives us a unique insight into the torment and courage of accepting and overcoming Obsessive Compulsive Disorder. It opens up this human condition with grace, humor and candor. Many people hide in the shadows but Jessica puts it in the spotlight.
June 14, 2018, 9:58 pm
0
1
Leave your rating

There’s more to strength than meets the eye. For childhood best friends Tiffany and Molly, life’s all about the art, the cheap wine, and the endless string of dead-end jobs on the road to chasing their dreams. Suddenly, an unexpected turn of events reshapes their reality and tests their bond in ways neither of them expects. Together, the two must forge a new path and redefine what it means to be STRONG. Taken from the website.

Steve Chang takes you on an introspective journey to find meaning in life by means of ayahuasca, hookers, and gay conversion camp. Spoiler alert: it’s a complete waste of time. A stand up comedy / storytelling solo show. Taken from the website.

SYNOPSIS: Six one-acts examine various aspects of humanity, including coping with loss, suffering in the face of great adversity, addiction, and the power of love to triumph over all obstacles. Taken from the website 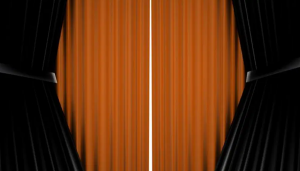